About us – Castello di Montalero

We’re Christopher and Kaarina and if you share our passion for Italian food, wine and culture, then we’d like to invite you to enjoy our Italian Food and Wine Experience in one of the country’s undiscovered regions – Monferrato. Monferrato’s part of Piemonte, which is now being called the new Tuscany for lovers of food and wine. So, while it’s not as well-known as other parts of north-west Italy, we think its culinary heritage is just as rich. We discovered and fell in love with Monferrato more than 25 years ago and, after countless visits here, it’s where we now live in a romantic castle of medieval origins– Castello di Montalero. We hope you’ll join us here as our guest on one of our Italian Food and Wine Experiences.

The Monferrato region is its own denominated area within the provinces of Alessandria and Asti in the region of Piemonte, fiercely proud and independent from other regions of Italy. Monferrato truly is largely undiscovered compared to the regions of Tuscany, Umbria, Veneto etc, and has much to offer seasoned travellers with an interest in food and wine, nature, Italian history, architecture and some of the most splendid panoramas from the local hill towns and villages anywhere in Italy. ​Walking and cycling groups are particularly welcome and well accommodated for in the Monferrato. The cuisine of the Monferrato draws its inspirations from the closing mists of spring and autumn – think truffles, light red wines and wild boar!

The pleasing temperatures of July and August welcome the sea food offerings from nearby Genoa with newly-released, crisp white wines from the Monferrato. Mild winters, in full view of the snow-capped Alps and clear blue skies, capture images of open fires, the more robust red wines, roast veal, risottos and much more in an atmosphere of calm and hospitality. Wine is an important element of the cuisine of Piemonte. It has been produced here since the Romans ruled the area in the classical period and beyond. The wines of Piemonte today, Barolo, Barbaresco, Arneis and Gavi, are among the most well known internationally. Other Piemontese wines such as Barbera, Grignolino, Ruche, Freisa, are less known outside of the region but provide stunning examples of traditional and modern wine making techniques and are irresistible when taken with the food of the region.

During your vacation, you will stay at the historic Castello di Montalero, in the heart of the Monferrato region of Piemonte. ​​Castello di Montalero is a beautiful building with much history going back to the 11th century, although the present building was constructed ​on the old castle foundations around 1700.

The castello was originally built for the Marquis di Casale, Teodore II Paleologo in 1188 whose family, until 1634, ruled the fiefdom of what was then Mons Laurus, later becoming Montalerius until being given its current name of Montalero. Through marriage, the castello and its estate passed through the Mazzetti family who, in 1656, successfully defended the castello from an attack by French-backed troops of the Duke of Modena during one of the many regional feuds and minor wars of that period. The Mazzetti family remained feudal lords until 1795 when the last remaining female heir, Gaetana Rosalia Mazzetti married into the Calcamuggi family who retained ownership until the estate was sold to the Marquis Ricci di Cereseto in 1902.

Today, Castello di Montalero is privately owned and, during 2021, began to host a small number of exclusive Italian cookery courses aimed at those visitors to Italy who wish to experience the unique culinary and gastronomic pleasures that the Monferrato has to offer.

The Castello is currently undergoing an extensive restoration programme, under the supervision of the Italian Ministry of Culture. This work is not carried out during our cookery vacations season, only when the Castello is closed for winter. The major part of the works were completed in 2021. The remaining works include the re-building of an important group of medieval ruins attached to the Castello, which will be used for additional accommodation and activity amenities, once completed. Much attention has been paid to maintaining the original architectural integrity and atmosphere of the Castello, resulting in a unique experience for guests to enjoy during their stay with us.

The gardens and park, still under progressing restoration, will eventually extend to around 2 hectares (5 acres). The beautiful south facing, salt water pool refurbishment and terraces were completed in summer 2021.

The Castello sits on a hill top of the Cerrina valley in the centre of a small agricultural hamlet (population 35), including a beautiful 16th century church, six other houses and a couple of small farms. The nearest small town of Cerrina (population 350) is about 3km away. ​The Cerrina valley is one of the most unspoilt and original parts of Monferrato, extending from the historic Roman town of Casale Monferrato in the east to the busy agricultural town of Murisengo to the west. To the north lies the river Po and the rice fields of Vercelli, famous worldwide for its excellent and numerous varieties of rice used in making risotto. To the south one can discover the most beautiful and original hill towns in Northern Italy, from the truffle town of Moncalvo to the wine producing villages and towns of Casorzo, Grazzano and Vignale, all within half an hour or so from the castello.

Castello di Montalero is conveniently situated between the three main cities of Turin, Milan and Genoa. The main airport recommended for arrivals is Malpensa International Airport near Milan. By road, the Castello can be reached in 1 hour 45 minutes from Milan centre, 1 hour from Turin centre and 1 hour 45 minutes from Genoa centre. 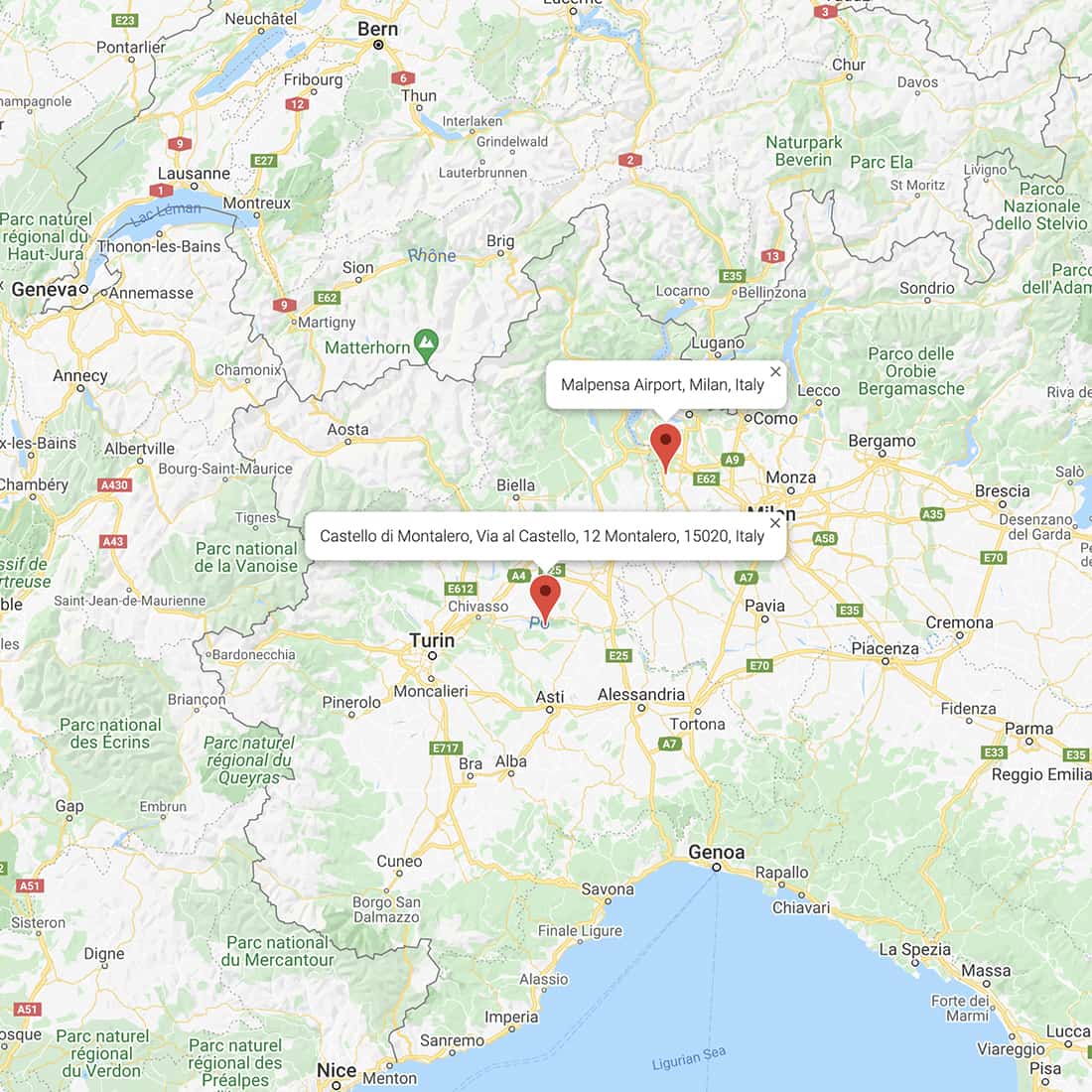 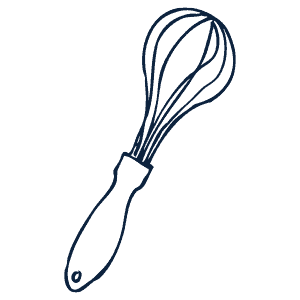 “PIEDMONT IS ONE OF THE MOST BEAUTIFUL REGIONS IN THE WORLD”